“Reference Schedule” comprising the first two pages where relevant details of the sale are recorded;

“Terms of Contract” which are the remaining pages of printed clauses which are incorporated into the contract.

Even though this contract was approved by the REIQ and the Queensland Law Society, it is important that you are aware of the following points before signing this Contract of Sale.

Get a free quote for all your conveyancing needs, instantly!

Things You Need To Know About Real Estate Purchases

All contracts for the purchase of residential land in Queensland (excluding those signed at auction) have a built-in five business day cooling-off period which commences on the business day you receive the contract signed by the Seller. If you use this cooling-off protection, the Seller can retain .25% of the price from any deposit paid.

“Time of the essence”

Once each party receives a signed copy of the Contract and the cooling-off period has expired, each party is bound by any time limits contained in the Contract e.g. finance approval, settlement date. Failure by one party to strictly observe these time limits may result in the other party being able to terminate and sue for damages. You need to be very careful !

If the deposit is paid in two instalments, for example, a small amount upon signing and a balance amount at a later date, failure to pay that balance amount by the due date immediately places you in default. The Seller can terminate the Contract and keep your part-deposit already paid and sue you for damages for breach of contract. Not paying a deposit on time is therefore a very serious problem.

At 5 p.m. on the first business day after the contract date, the property is at your risk. You should immediately obtain insurance over the house, garage etc. even though the Seller still lives there ! If you don’t, and the property is damaged or destroyed before completion of the contract (usually 30 days later), you could face financial ruin. Even though the Seller would usually maintain their insurance until the contract is completed, they would not be obliged to claim on their insurance to help you out.

The law makes a distinction between fixtures and chattels, with the sale price usually including fixtures but not chattels. Fixtures are structures secured either to the land itself (e.g. sheds bolted into concrete slabs, constructed BBQ’s, statutes or stone garden seats) or secured to buildings secured to the land (e.g. built-in dishwashers, alarms and vacumaids). Chattels, therefore, are generally movable items.

To avoid any uncertainty, the Contract Reference Schedule provides a section called “Excluded Fixtures / Included Chattels” where the parties can specify those items which are included in or excluded from the sale price.

We believe any purchase contract involving a residence should be subject to a special condition which we can supply upon request. Let us explain why…

An earlier version of the REIQ Contract allowed the Buyer to terminate the Contract if the house or other “improvements” on the land (such as a pergola, carport etc.) had not been council approved and the Seller did not spell this out in the contract.

The REIQ and the Queensland Law Society believed this protection needed to be removed in later versions of the contract for the following reasons: –

1. The cost of obtaining council searches was high;
2. There was inconsistency in building approval search results from one local council to another;
3. Local councils did not have enough building inspectors to physically attend properties to conduct building inspections;
4. Un-meritorious Buyers were using this clause to either re-negotiate the price or as a means to terminate the contract;
5. Increased court litigation – this clause was the most litigated clause of the previous version of the REIQ contract;
6. The Seller, Buyer and the real estate agent all suffered inconvenience and heartache.

The current REIQ contract makes provision for the contract to be subject to satisfactory building and pest reports.

Unfortunately, the building inspector is more concerned with establishing whether the house is structurally sound rather than whether the house and any other additions (such as a pergola, carport, pool etc.) have been council approved.

If the Buyer signs the contract then does a Council search which reveals there was no building approval for the house, carport, pool or pergola etc, the Buyer has no right to terminate the contract and recover the deposit.

For this reason, we believe it is important a special condition (which we can provide on request) is included to the Contract. Whilst the councils may be turning a “blind eye” to illegal constructions, the Building Act of Queensland still allows the council to issue a notice to the new owner (i.e. you) that they have now discovered the illegal structure and, should building plans not be forthwith submitted by you for council approval, the illegal structure must be demolished. We think you’ll agree this is not the way to commence living in your new home!

For a number of years now, the fact that the property has previously been flood affected is not a reason to terminate the Contract. Therefore, to protect your rights, a special condition should be attached to the Contract which we can supply upon request.

Whilst most of the concerns we’ve raised so far are peculiar to house contracts, the following should be remembered when you buy vacant land.

Often, Buyers have lost tens of thousands of dollars in the past when their builder has discovered too late that the land they have purchased is not a suitable foundation to support the construction of a house. If they’d done a soil test first, this would not have happened.

If you intend constructing a house on the land, a special condition should be inserted making the contract subject to a satisfactory soil test report within, usually, 14 days after signing. A specimen clause is available upon request.

Once the contract is signed, please contact us to make an appointment with us so we can peruse the contract and advise you of our fixed fees.

Our fixed-fees also include a life-time of free initial advice on any subsequent purchase, sale, or mortgage of real estate by you or your immediate family….a valuable benefit which you can use at any time.

We promise to deliver you top service at a value you’ll be delighted with… guaranteed! 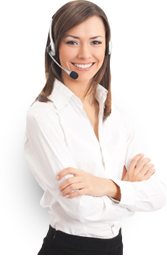 Hefferan and Co. Solicitors are here to help. Enquire Now!